Motion / Video / Animation Work
Primo hTrio
This was the first animation project I worked on in my professional career (completed at The Variable) and I discovered through the process an ability to envision the video moving from one stage to the next before doing any tangible storyboarding. This video, to advertise a new water dispenser product which included a Keurig coffee maker function, was largely kinetic type with some animated icons and vector illustrations throughout. I delivered to the animation house vector assets and storyboards showing keyframes of all major scenes and interstitials for animations, as well as files writing out my direction and "script sync," how the onscreen graphics should match to the VO.
BB&T Products
Banking products, particularly for business users, can be complicated and abstract ideas to grasp. BB&T had three such products and tasked The Variable with creating videos explaining them in an approachable way, breaking down hard concepts into easier-to-digest visual pieces.

Copywriter R.T. Ferrell wrote scripts for each video, planning for eventual runtime goals of two to three minutes each. Once a script was finalized, I built the visuals in Illustrator, then provided storyboards with both script sync and written out direction to our freelance animator, Nick Gray. Nick is an excellent animator and knows the perfect balance between following my direction to the letter and adding flourishes in production that I may not have thought of.
Want to see a storyboard file as delivered to the animator?
BB&T Vault360 Storyboards
ZIP / 6.5 MB download
BASF Trelona ATBS
As part of the "Changing of the Guard" campaign for BASF created at The Variable, I illustrated and storyboarded a short product benefit video aimed at pest management professionals (PMPs) for the Trelona ATBS system.
BASF Termidor HPII
Another product BASF wanted to tout to PMPs was the Termidor HP II injection system. It's an innovative product that eliminates much of the back-breaking effort and time required to trench and treat for termites. As this is clearly the future of termite protection, the concept we created at The Variable was built around futuristic visuals and copy. I designed and storyboarded this product benefit video to feature many future-leaning UI-like elements, while staying within the boundaries of the BASF brand guidelines.
Peanut Better
A couple of years ago, The Variable held "The Good Idea Fair" where every employee pitched a concept for a new product, company, or service. With a range of prizes from "Most Innovative" to "Most Likely To Warm Our Hearts" to "Most Likely To Be Suspended" (I won that one), participants detailed their ideas on a large three-panel cardboard display board (think science fair) and gave a five minute presentation to a panel of judges from our local business community. 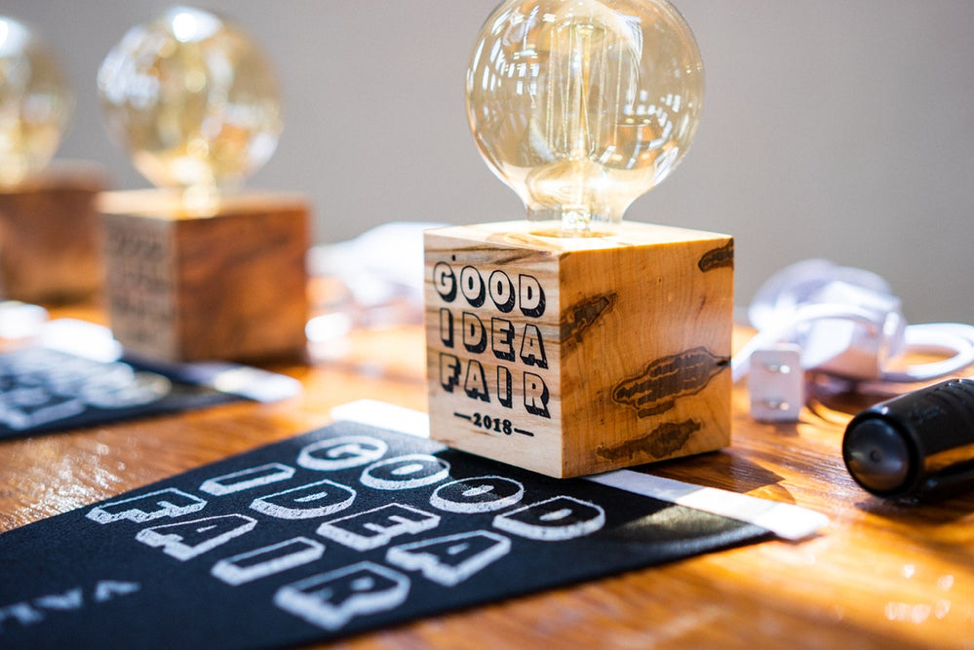 The overall winner, Peanut Better, earned its inventor a cash bonus and its creation by the agency. Once Peanut Better was out in the world, I worked with its founder Dustin Dodd and copywriter Gil Templeton to create a campaign based around fitting as much product description as possible in a 30-second VO read. Visually, we landed on a direction that keeps the product in the center of the video the entire time, and builds progressively around it until the frame is dense with fun illustrations of what's expressed in the VO. With Dustin's direction I illustrated two videos in this manner in Procreate and then handed the layers to him for animation in After Effects.