Moji Coffee & More
Objectives
Establish an engaging identity for a new coffee shop opening in downtown Winston-Salem
Let the brand help bridge the gap and reinforce friendship and empathy between employees with intellectual and developmental disabilities and their abled customers
Meta Data
Branding
2017
Work completed at The Variable
The Setup
People with intellectual and developmental disabilities (IDD) make up 10% of our communities. Unfortunately, most people in this group feel isolated from others, both with and without IDD. And while most people with disabilities report they wish to work, over 80% of them are unemployed, even those with valuable skills to offer.
‍
This is a problem, but it has a solution in which we can all play a part. By engaging and interacting more frequently with others who have IDD, those of us without IDD can help remove stigmas and can encounter and defeat our own prejudices and biases. So when a group of people got together with the mission to open a coffee shop where people with IDD could have jobs and interact with the broader community, they and The Variable set to work doing just that.
Over 80% of people with intellectual and developmental disabilities are unemployed, even though most people with disabilities report a wish to work.
Naming
A novel business deserves a novel name. The Variable’s ACD Gary Bostwick came up with the invented word “Moji,” which sounds approachable and playful. Its similarity to “emoji” connects it to the little cartoony smiles that have suffused our culture. And like any word, it needs meaning. We define “Moji” as: The jolt of joy you get when you make others happy. 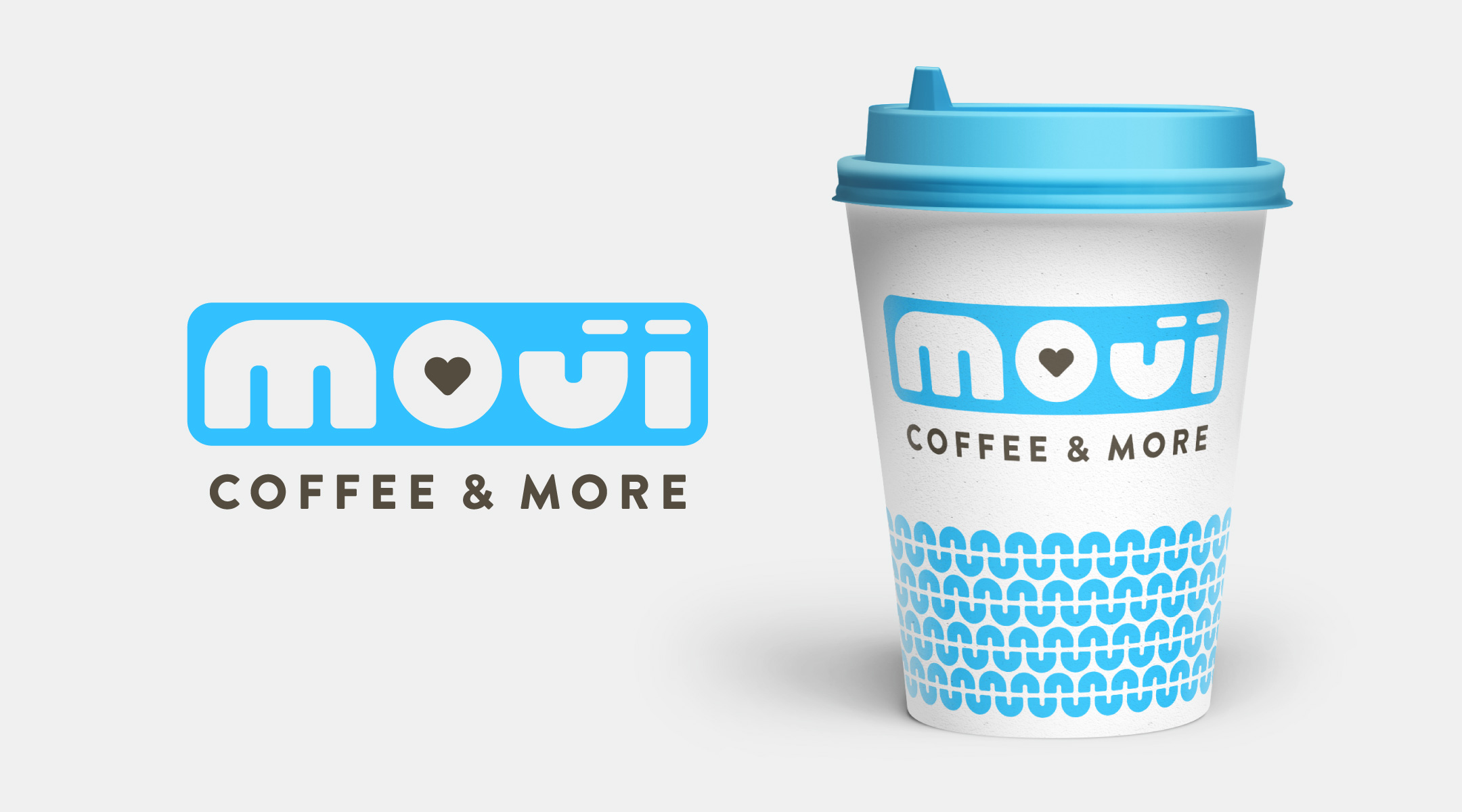 The "Heart" Concept
After my initial broad ideation, I narrowed in on two primary brand concepts for Moji. The first, “Heart,” utilizes bespoke casual script lettering to create the “Moji” wordmark. I pursued this direction because it has much more humanity than a typical typed out wordmark and looks inviting. I also began work on this mark knowing I wanted to hide an outline of a heart as the capital M, which can stand alone as a tertiary brand element.
We define "Moji" as: The jolt of joy you get when you make others happy. 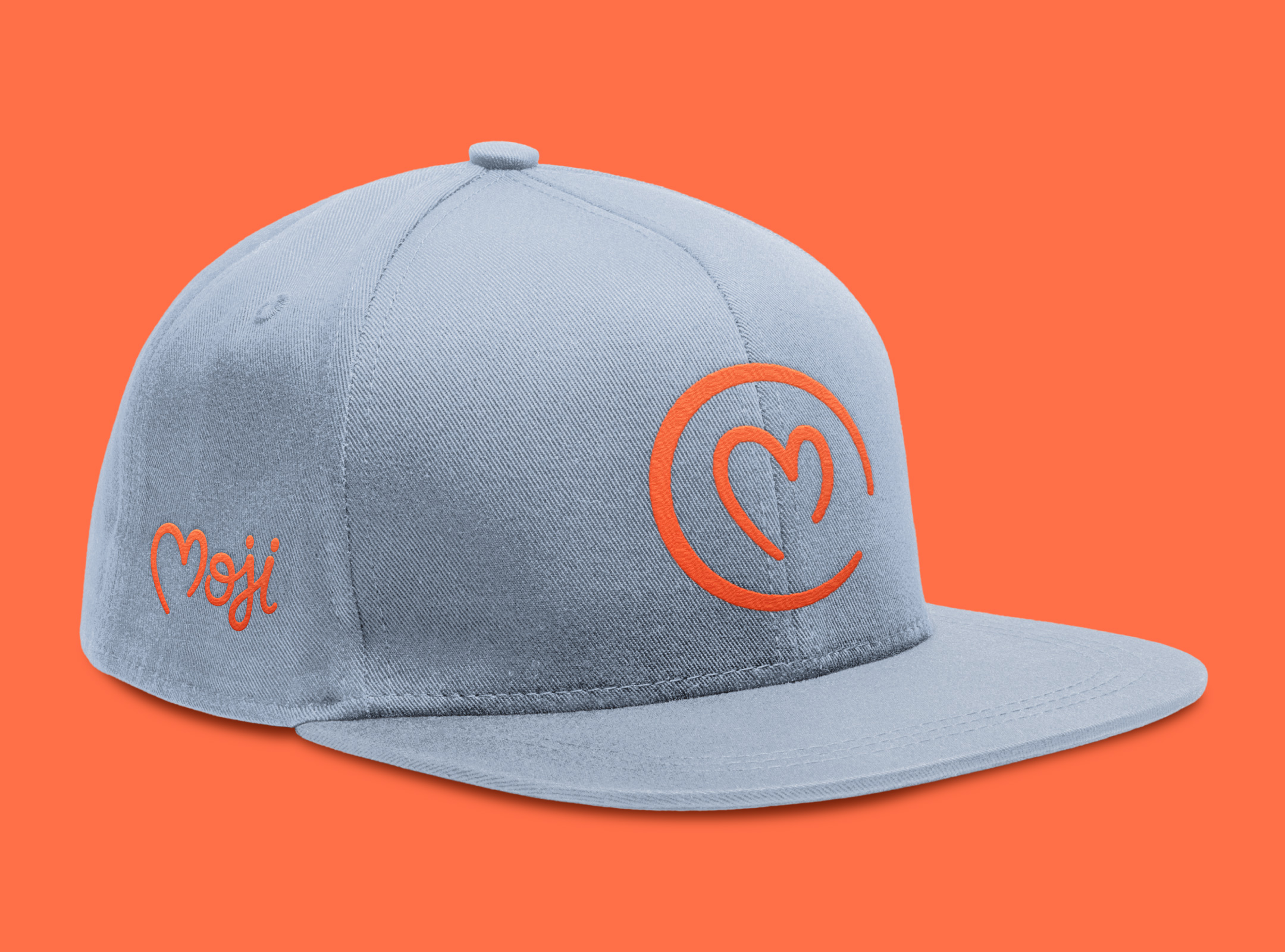 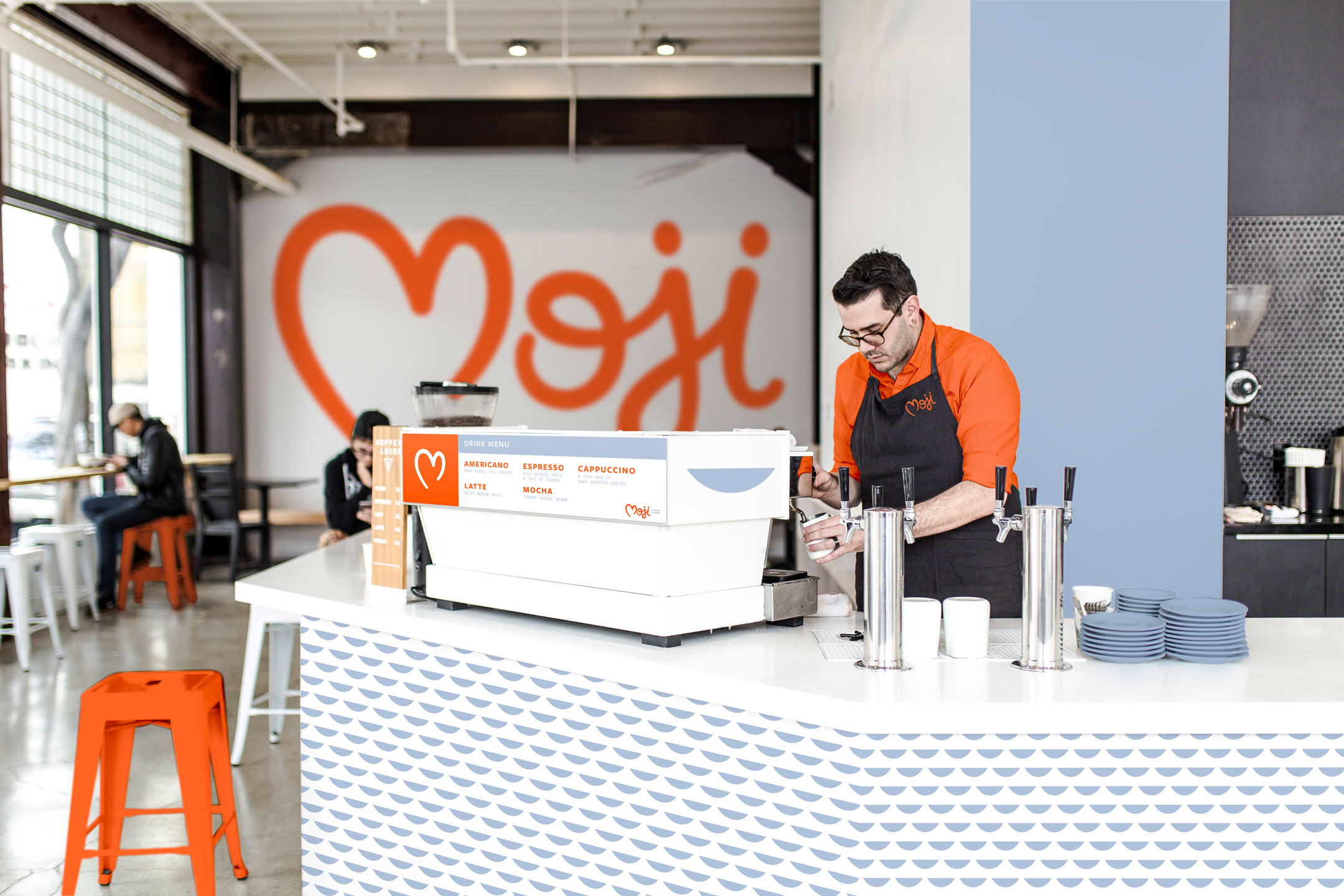 The "SMile" Concept
My other concept, “Smile” is one I'm especially proud of. The challenge of Moji Coffee + More, in its simplest form, is to bridge the gap between people with IDD who want to be involved in everyday society and contribute, and people without IDD who may feel uncomfortable at first if they've never had the chance to get to know someone who has IDD.
‍
I really wanted to create something that, in some small way at least, could play a part in being that bridge. Can a brand really do that though? Act as a media through which a connection, perhaps even a friendship can begin? One of the reasons I do this job is because I firmly believe that the answer is yes.
‍
This concept came to be as I was creating letterforms for a bespoke wordmark. I wrapped the descender of the J around the bottom of the O and noticed that the two glyphs looked like an abstract character waving. And then I had an idea… What if our brand could facilitate an enjoyable interaction, without the need for a single spoken word? By utilizing the O as a head, with the counter inside as a canvas for a face, we can let our employees and customers leave their own mark on the brand and extend a small human touch between each other. 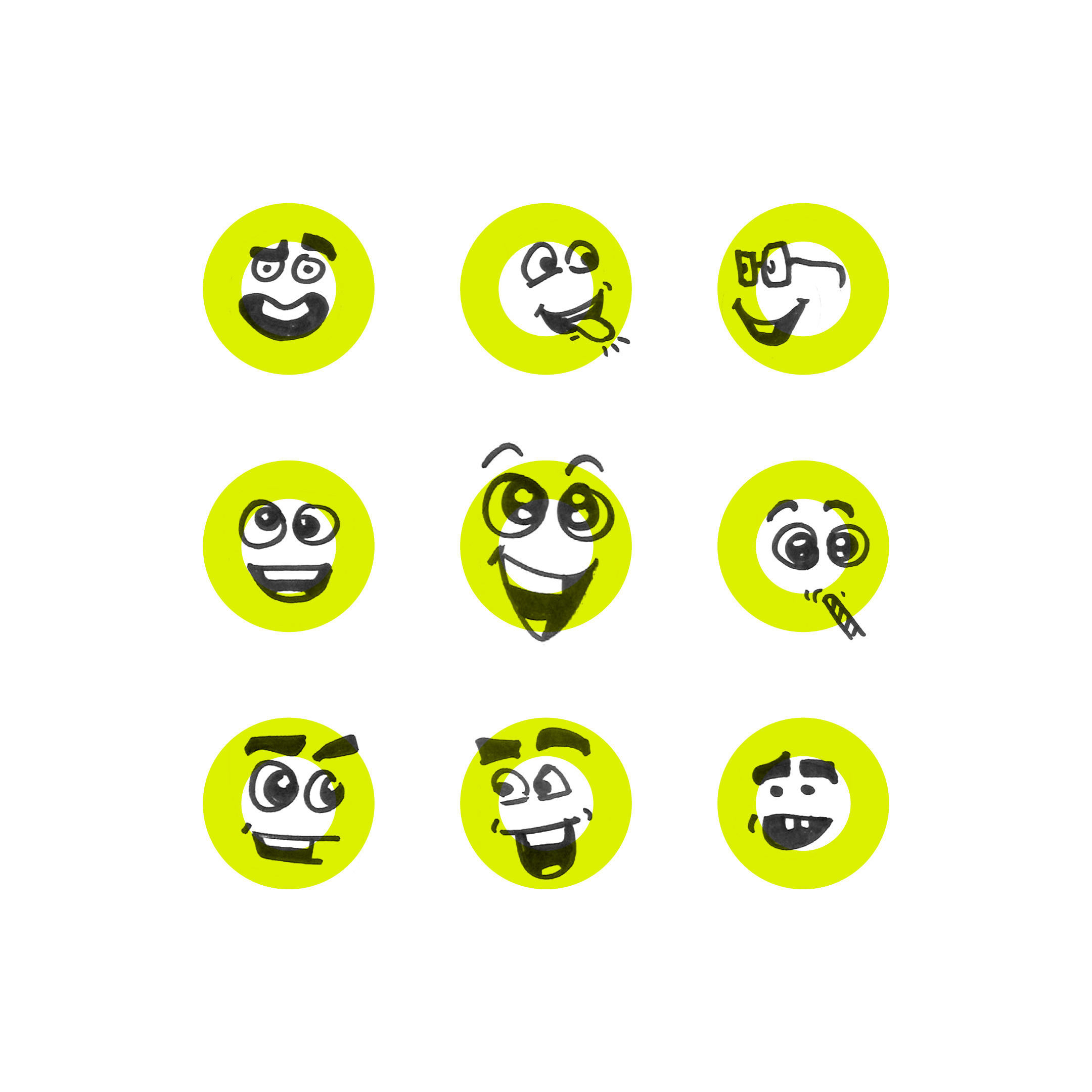 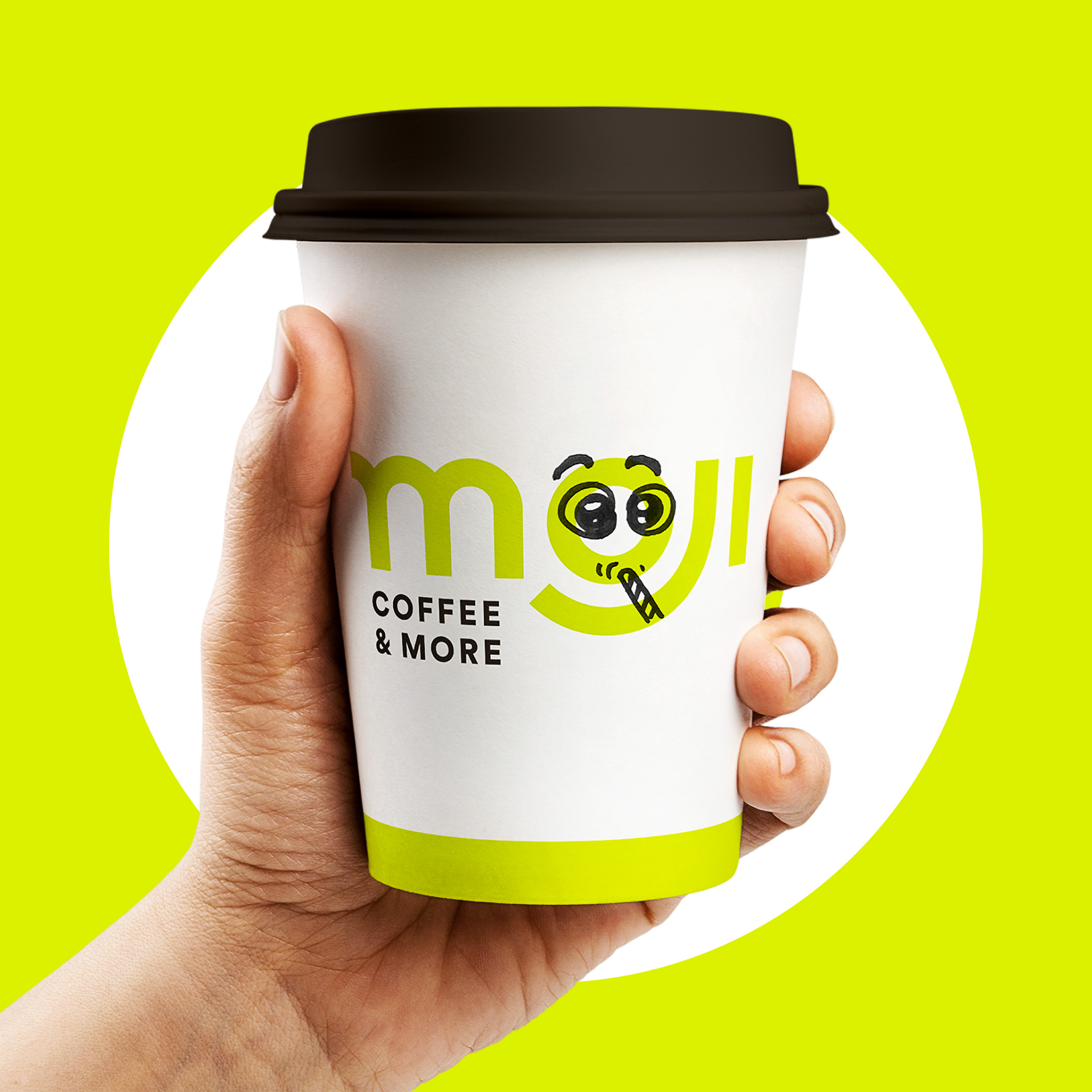 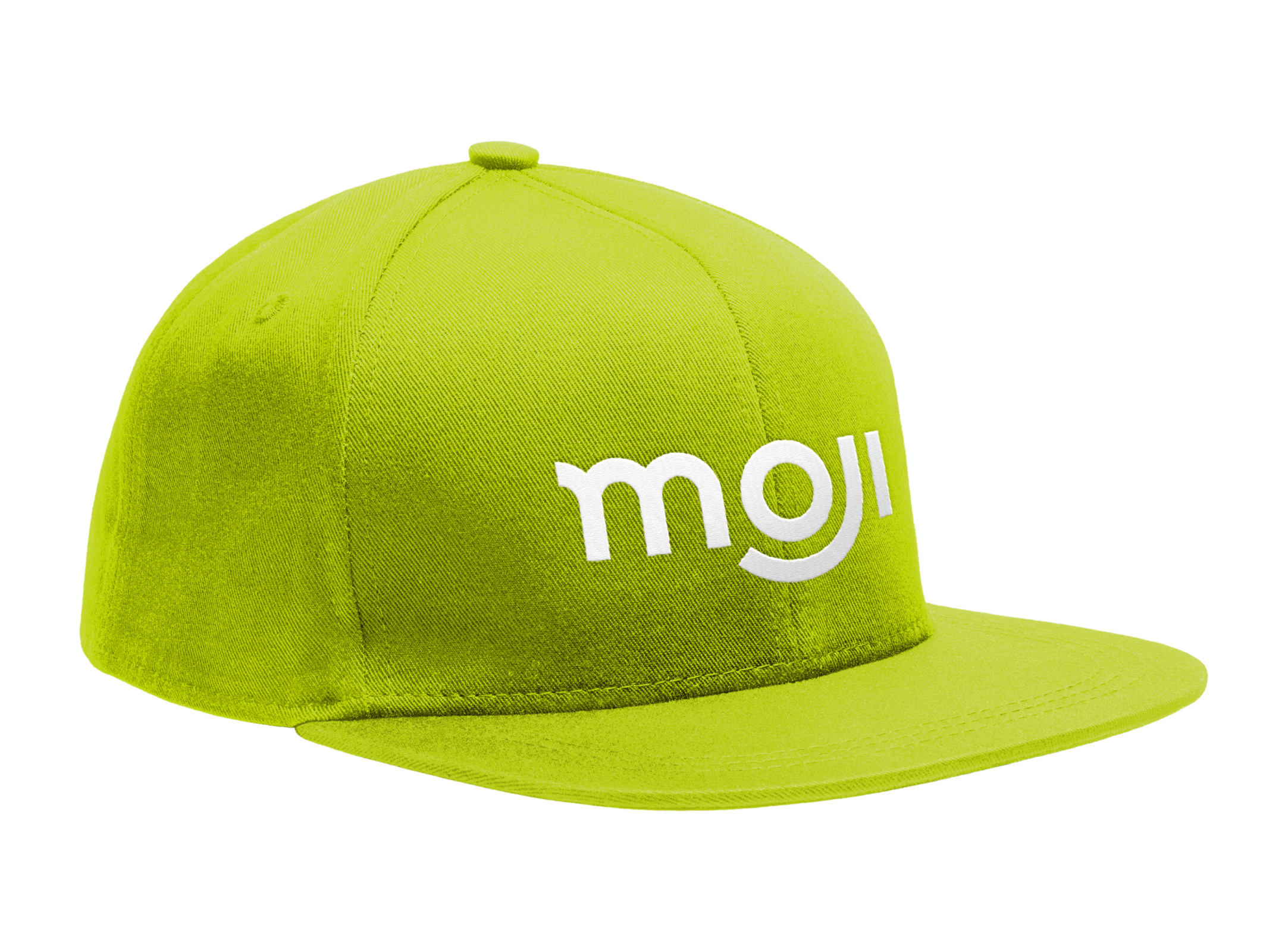 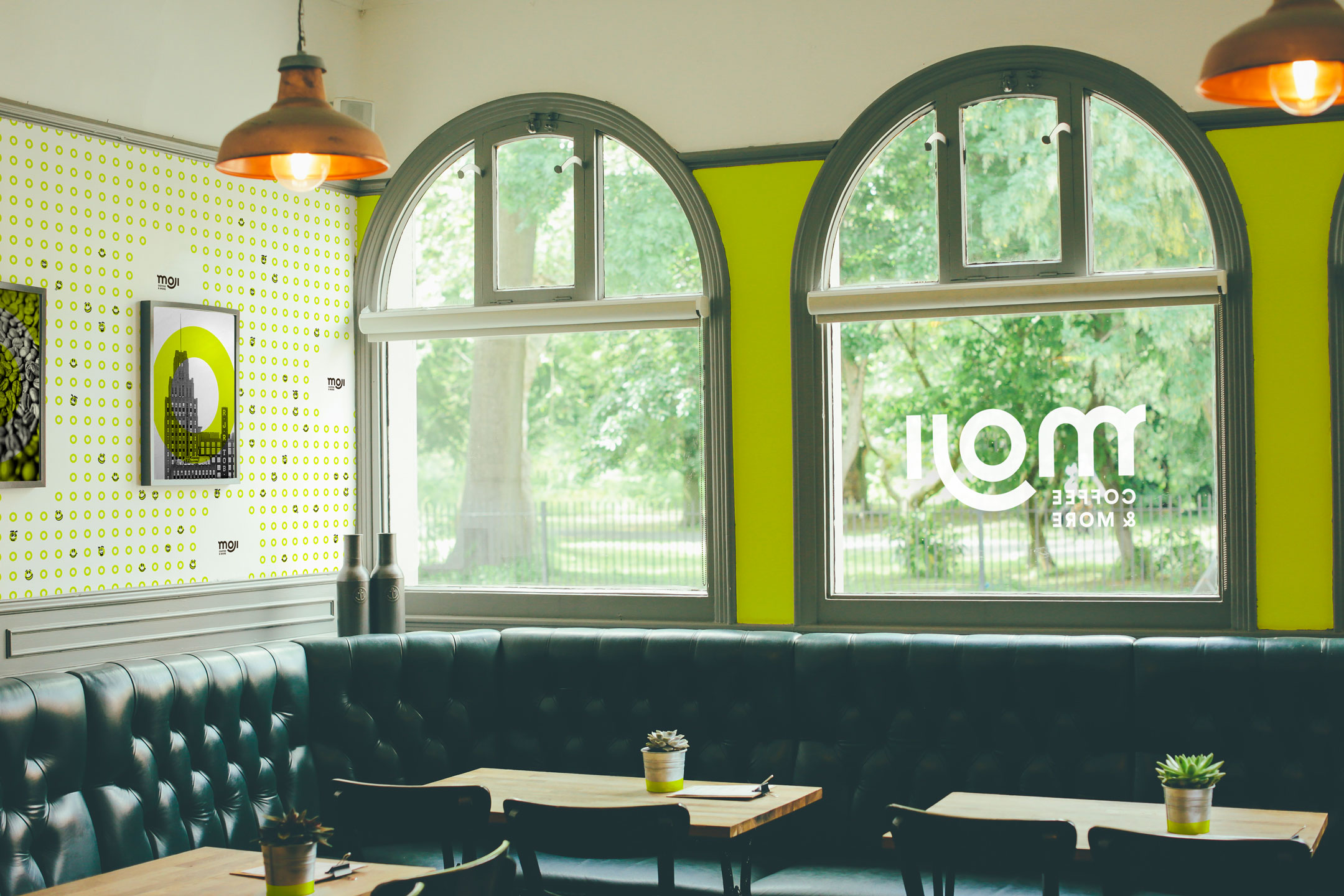 Connective Design
Suddenly every piece of ephemera bearing the logo has the potential to carry a message from one person to another. It's profoundly easy to draw a smiley face; even a non-verbal individual working in the shop could convey an emotion to a customer by utilizing the brand as their canvas.
‍
While this logo was ultimately not chosen, I am still proud of how hard it could have worked to not only represent a great local coffee shop, but also play an active role in bringing different people together. Not every project allows for such a solution, and I feel lucky to have had the opportunity to find it, even if the client went another way.