Looking back over my files from over a decade ago (some of which I've included at the end of this page), I remember being fairly proud of the final creative… but obviously I've come a long way as a designer between then and now and wasn't happy in retrospect. So I decided to spend a little time and do the (branding) assignment again for fun.
We were working with the Museum of East Alabama to explore a refreshed identity.

Logo
The first thing I did was redo the logo, again. With much more experience and mental reference to draw on this time around, I wanted to create a simple, modern mark with some simple nod to the museum's geographic focus. I set the name in three lines, and pulled "East" out to the right relative to the other words. I used a modern san-serif and highlighted "east" in a sharp, industrial-looking serif that felt right for the heritage and history of Alabama. I customized the word for interest and to create an ownable, stencil-like look.

Seeing it In-Situ
One of my favorite things to do when creating a brand is mock it up in a variety of contexts. This not only helps check that things are working but further fires the imagination for further exploration. Continuing my creative exercise, I began using the mockups to envision how a full identity system could behave. 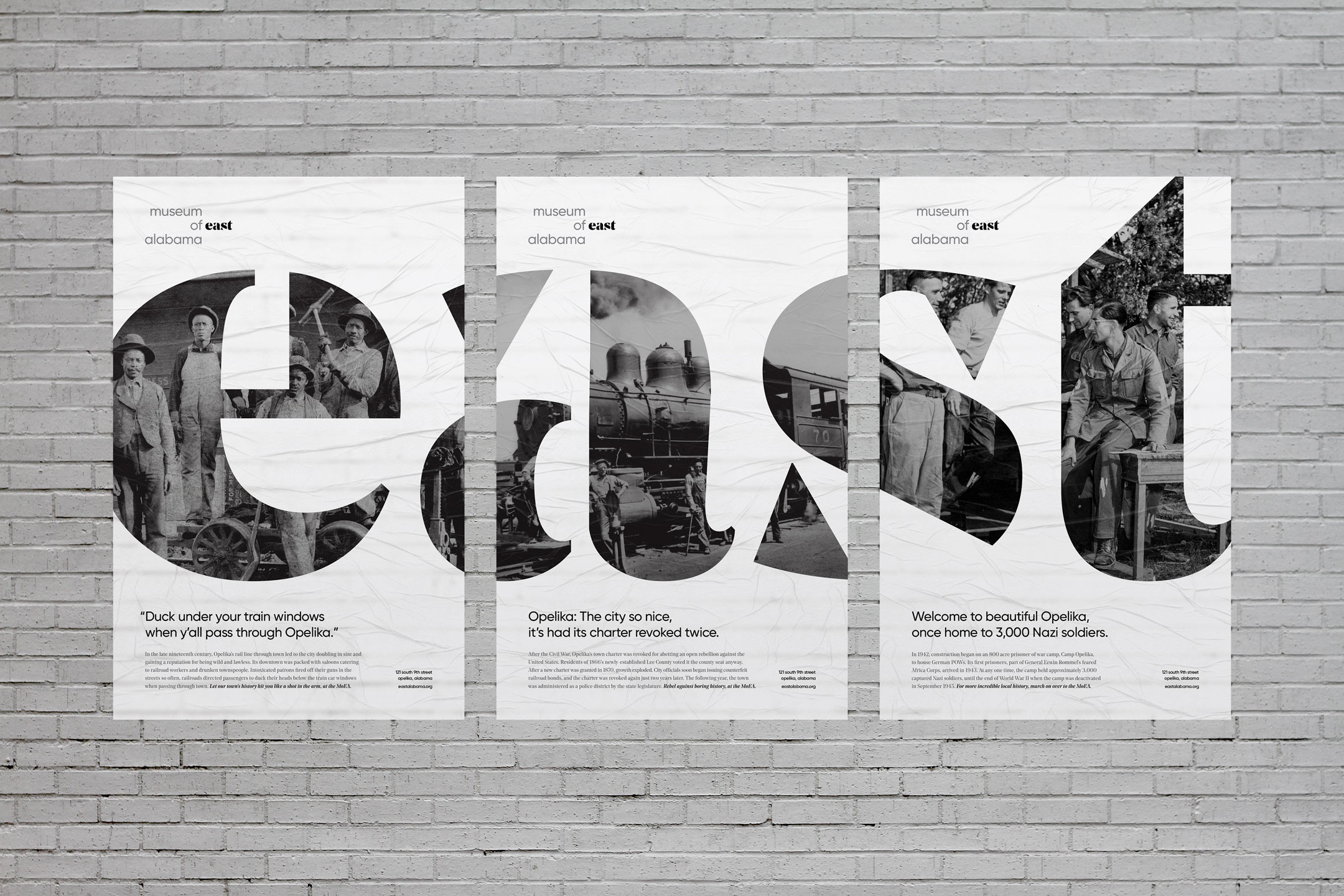 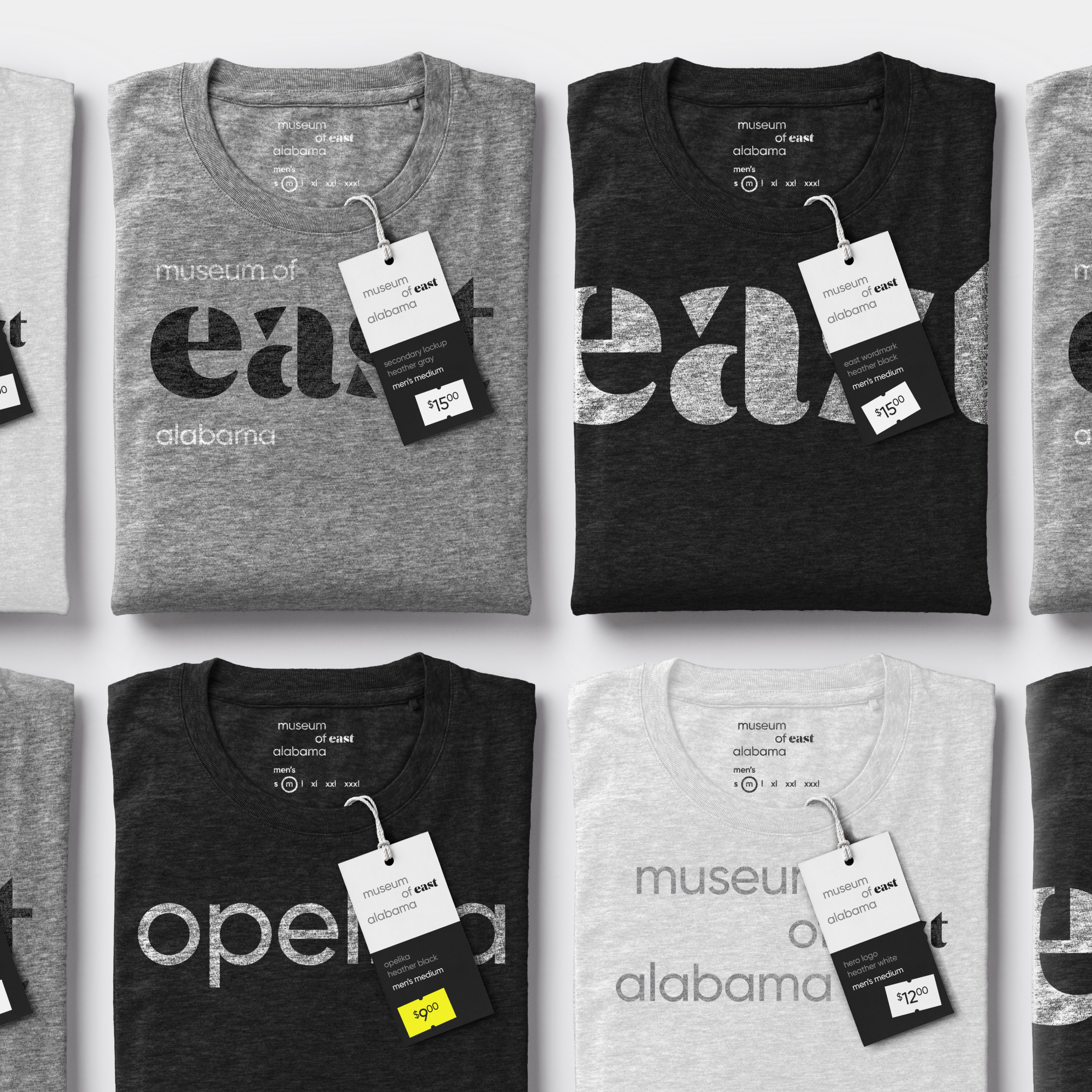 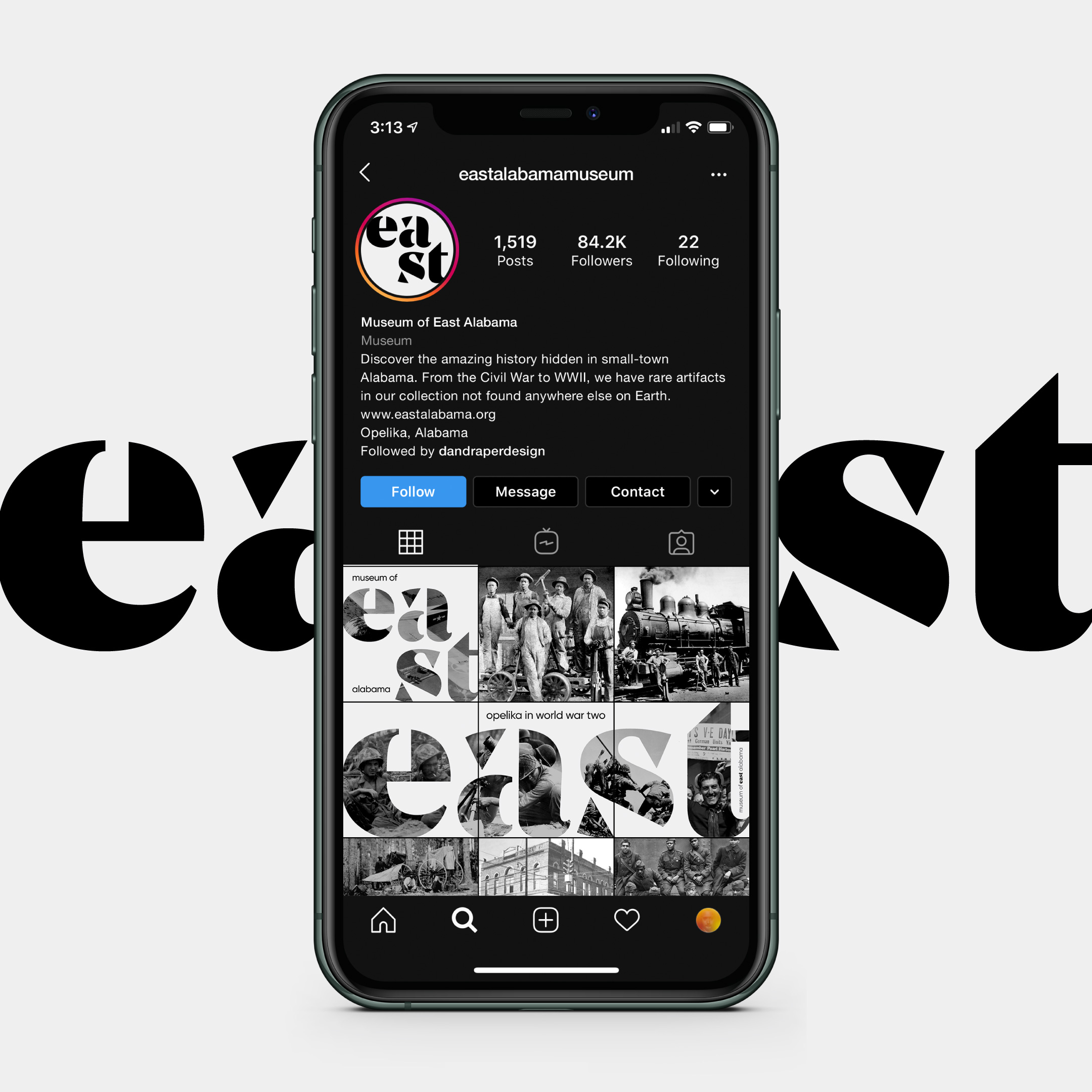 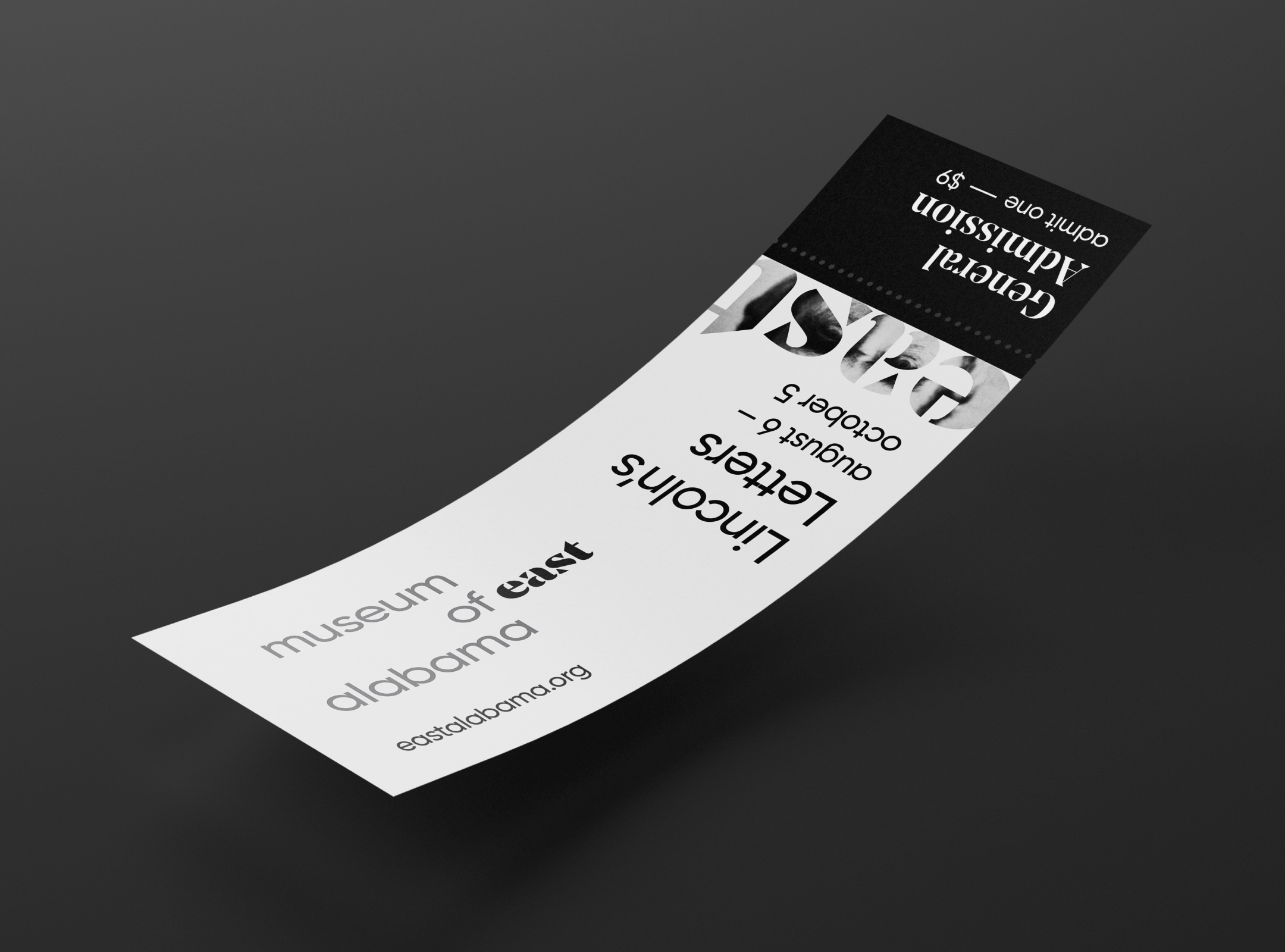 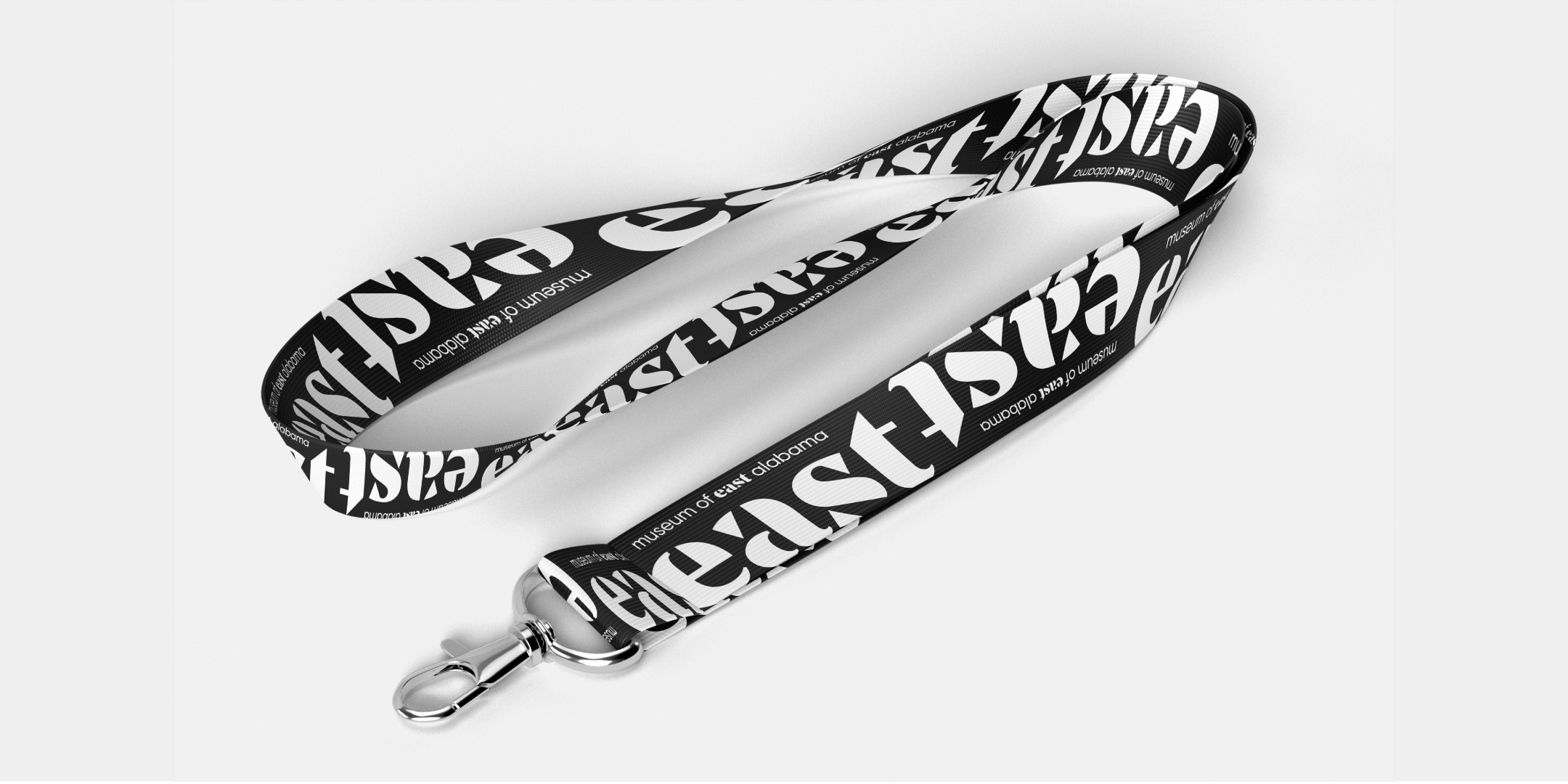 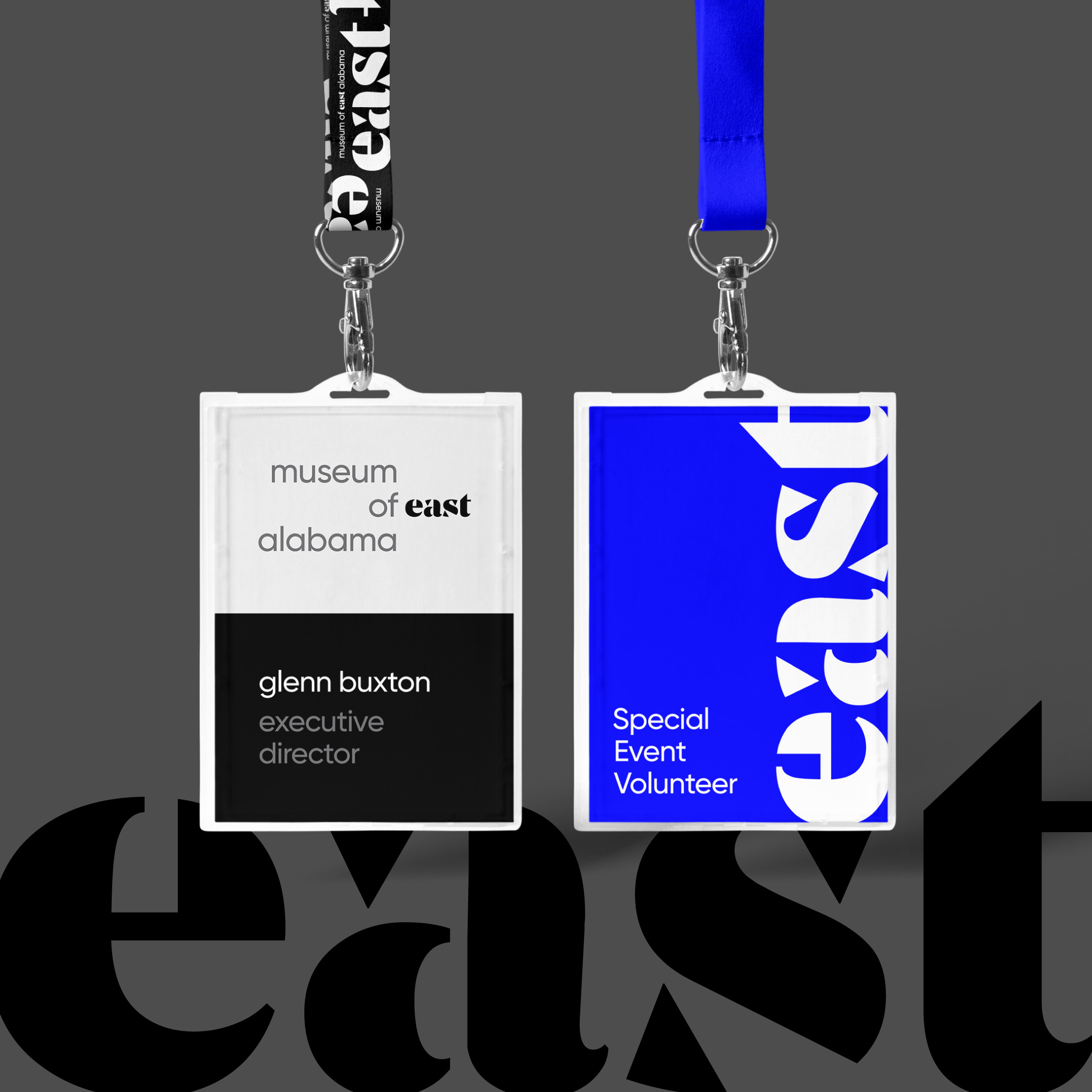 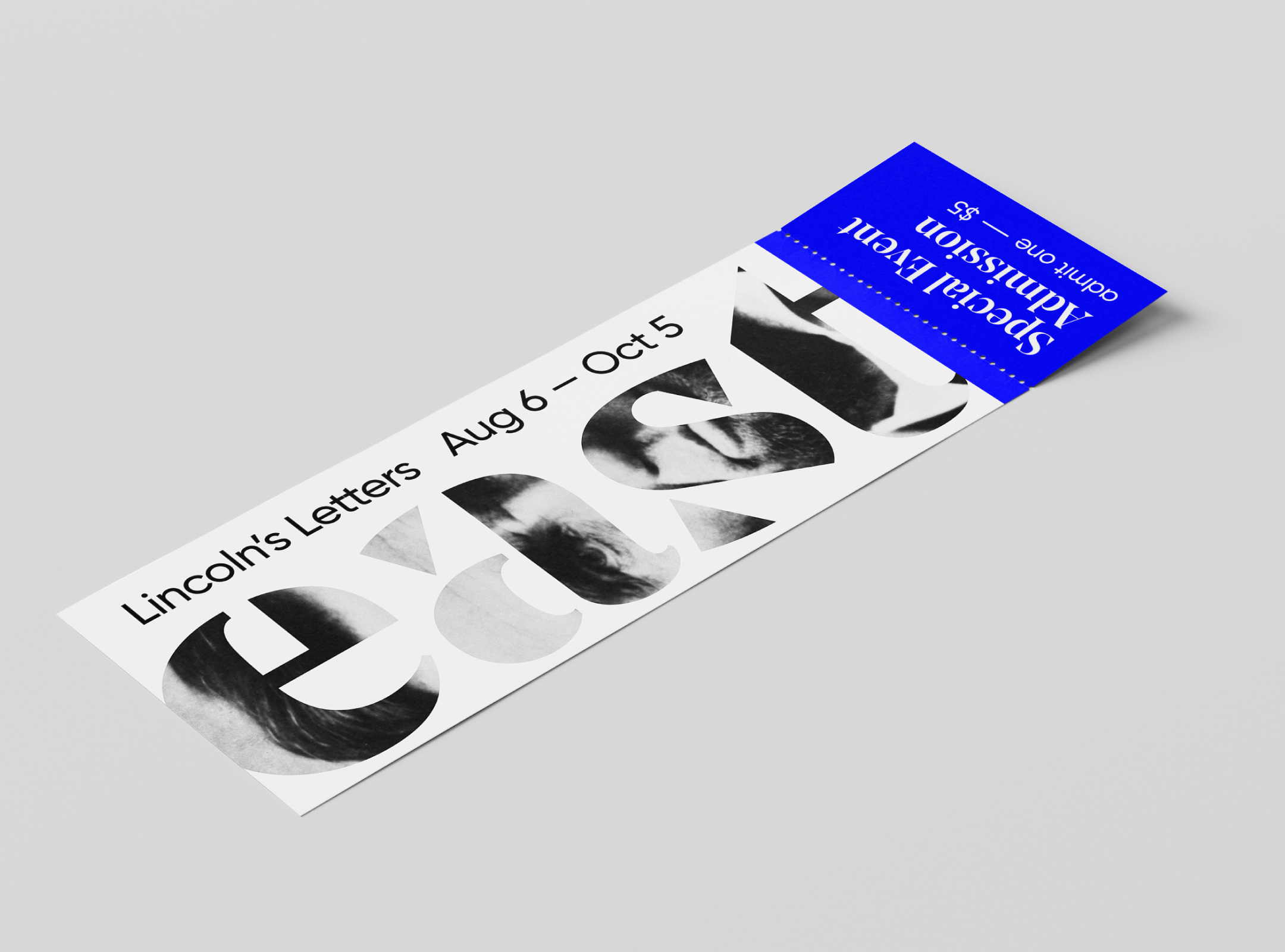 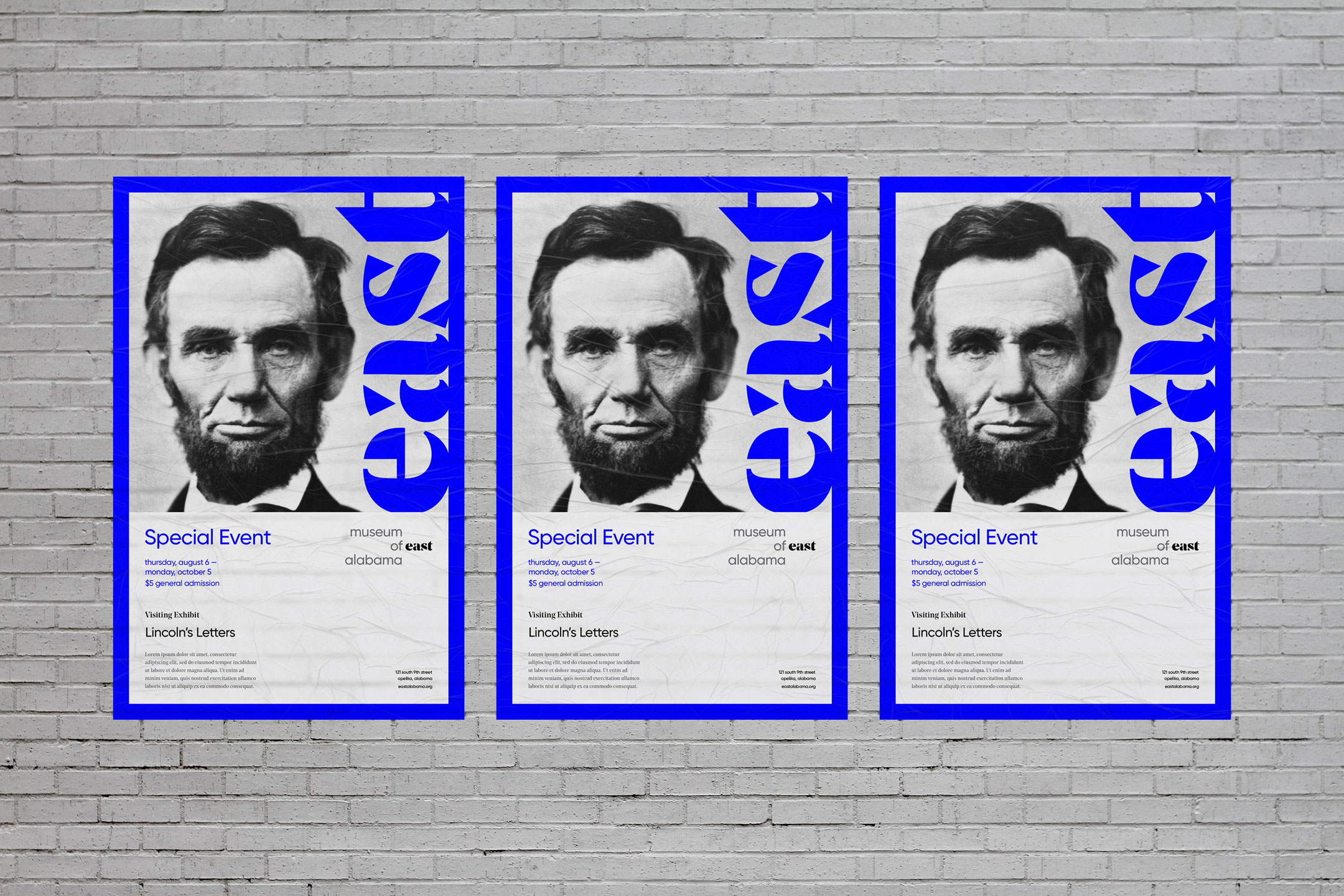 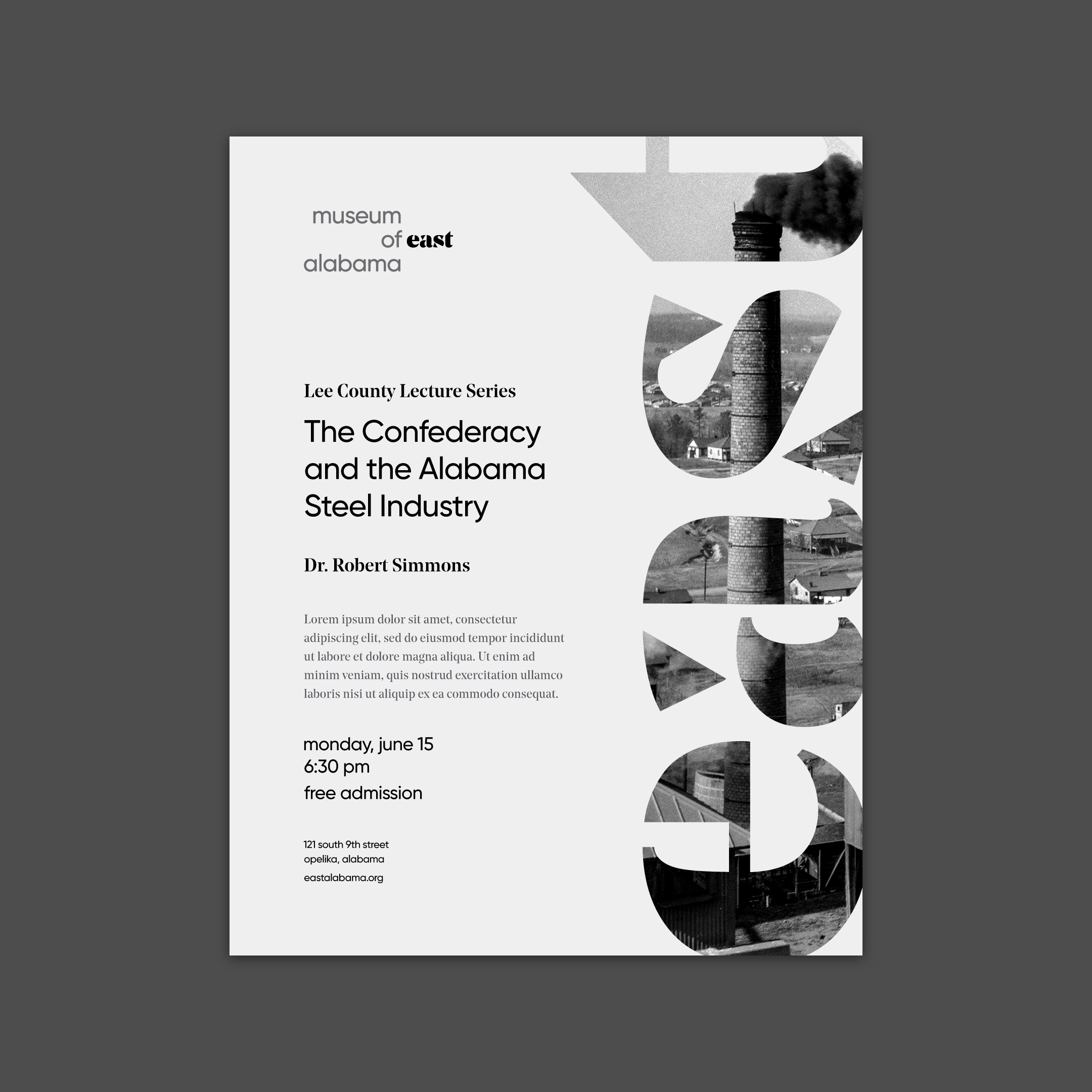 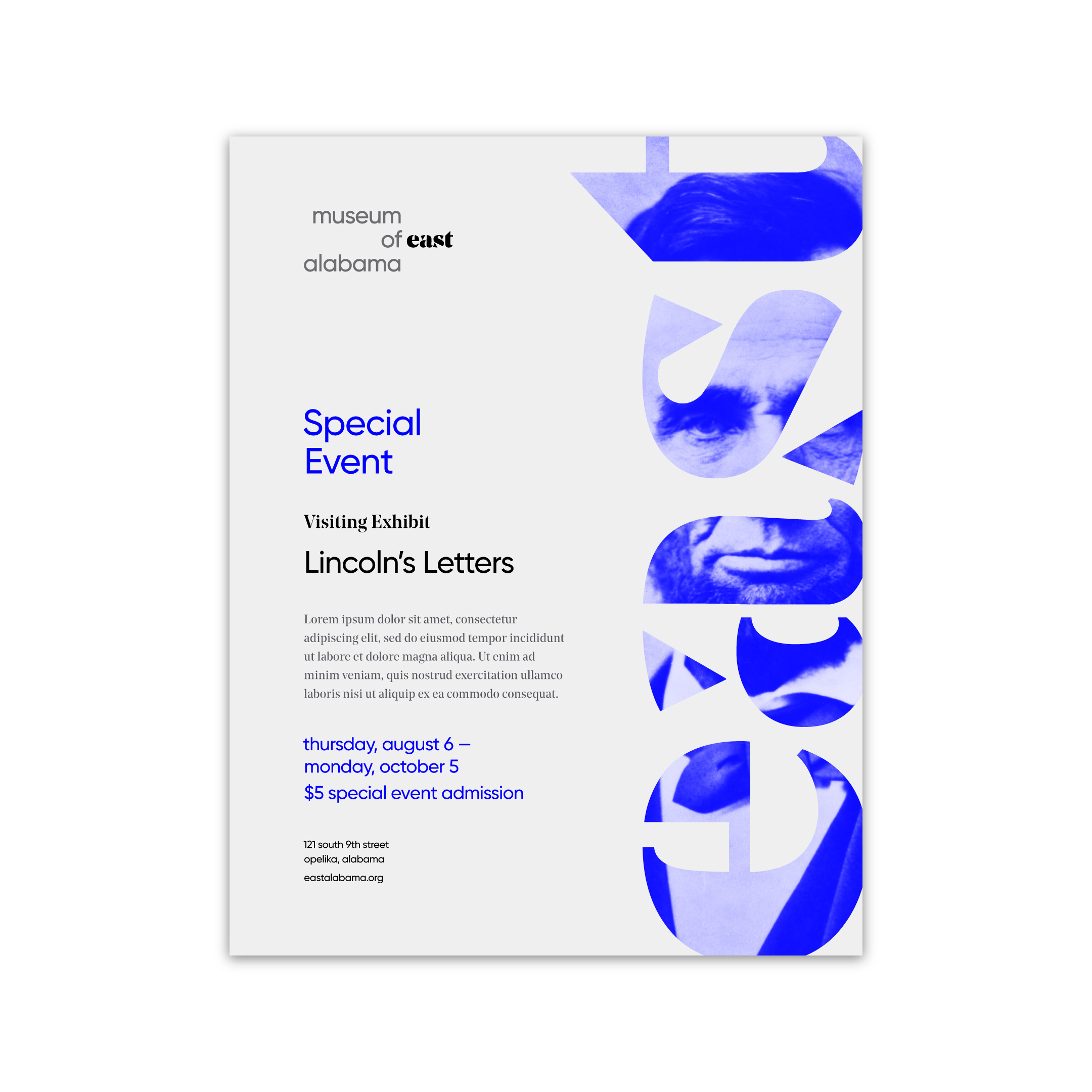 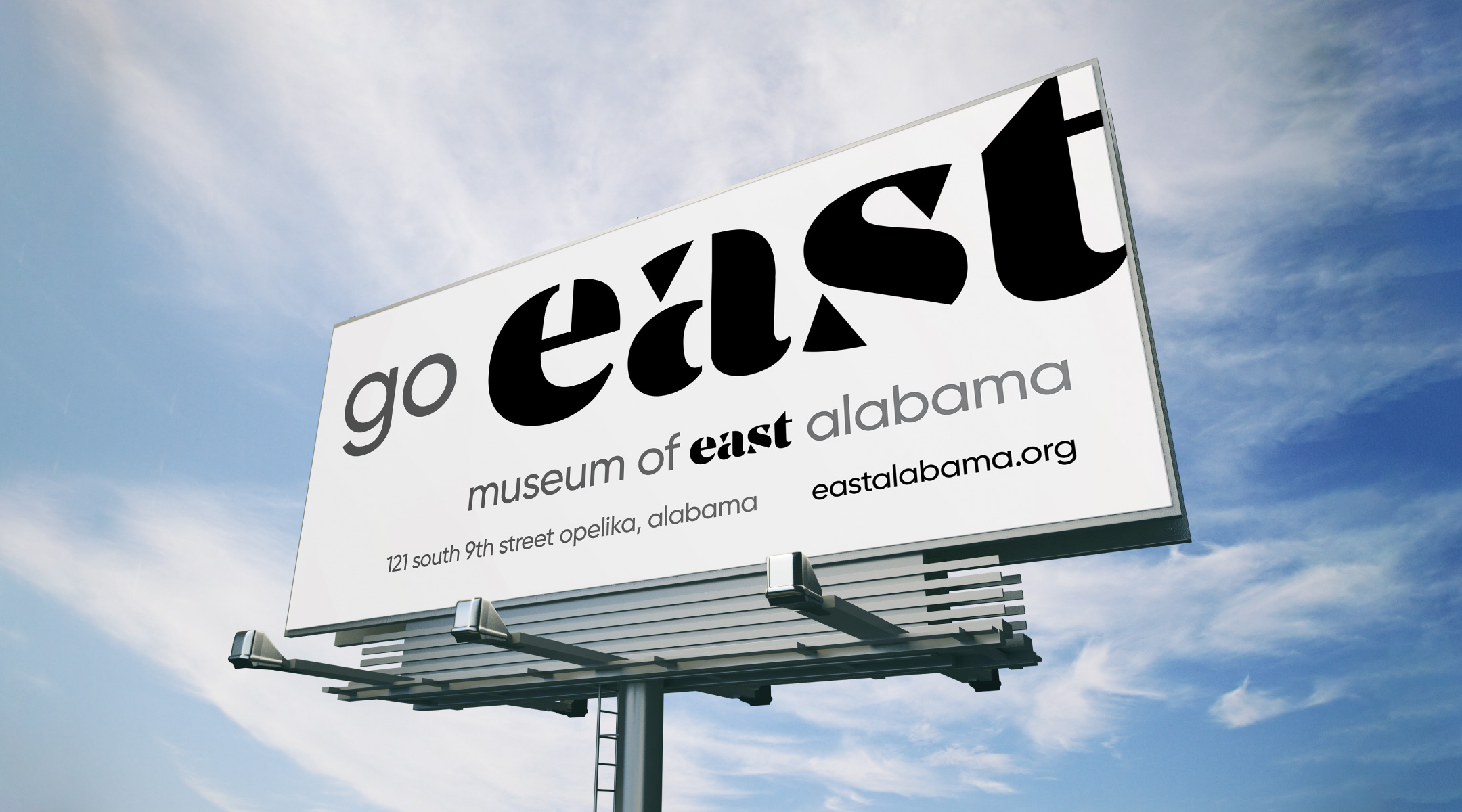 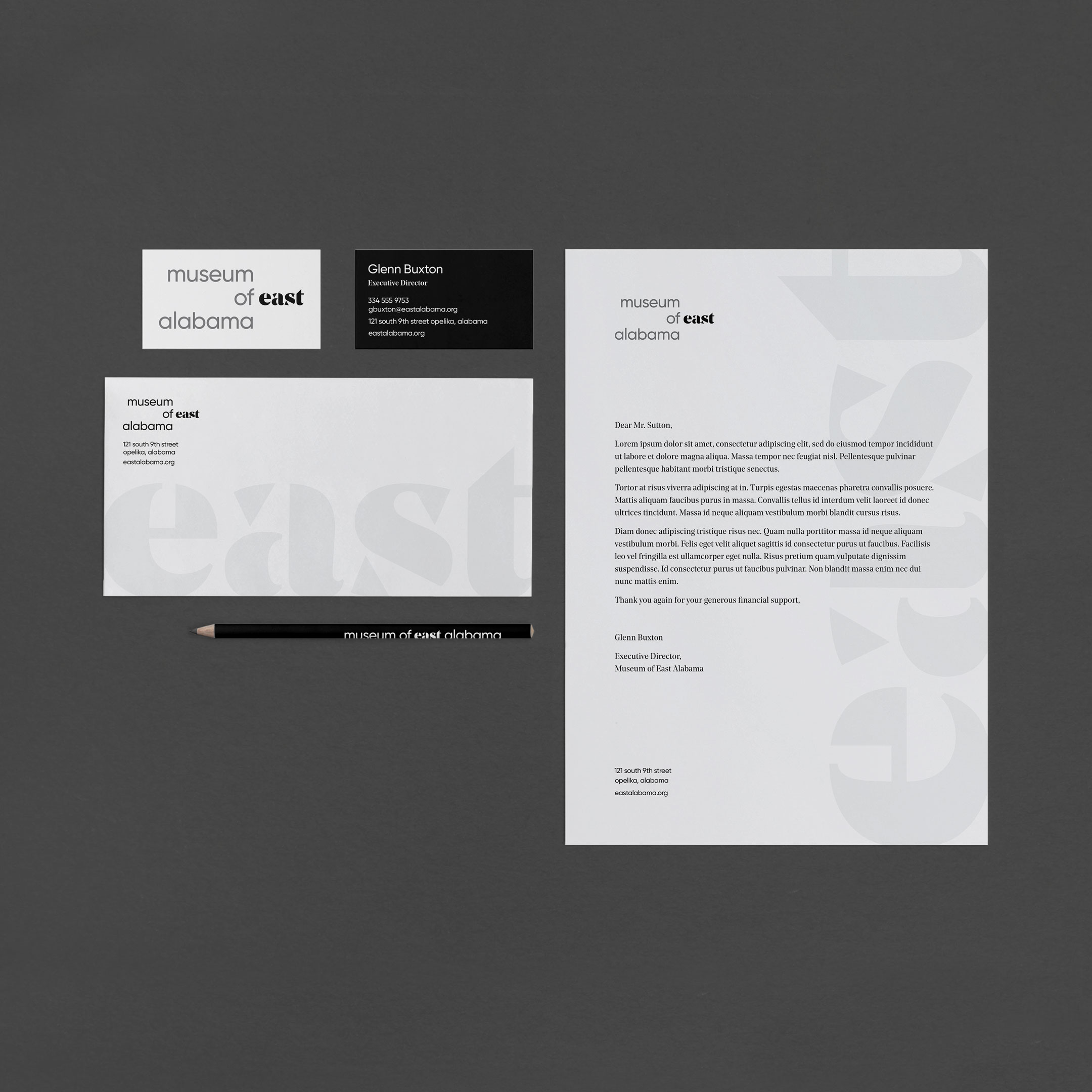 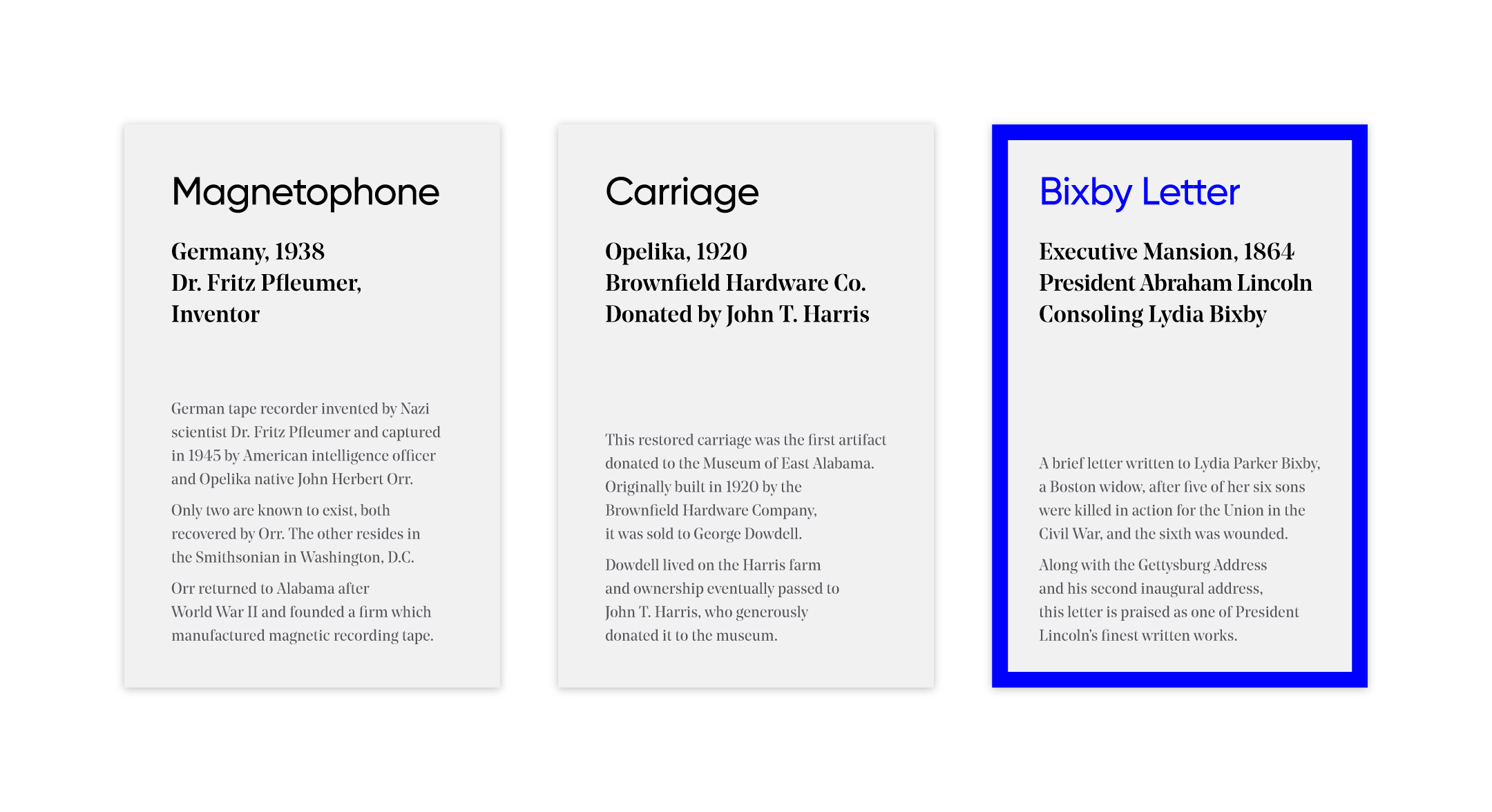 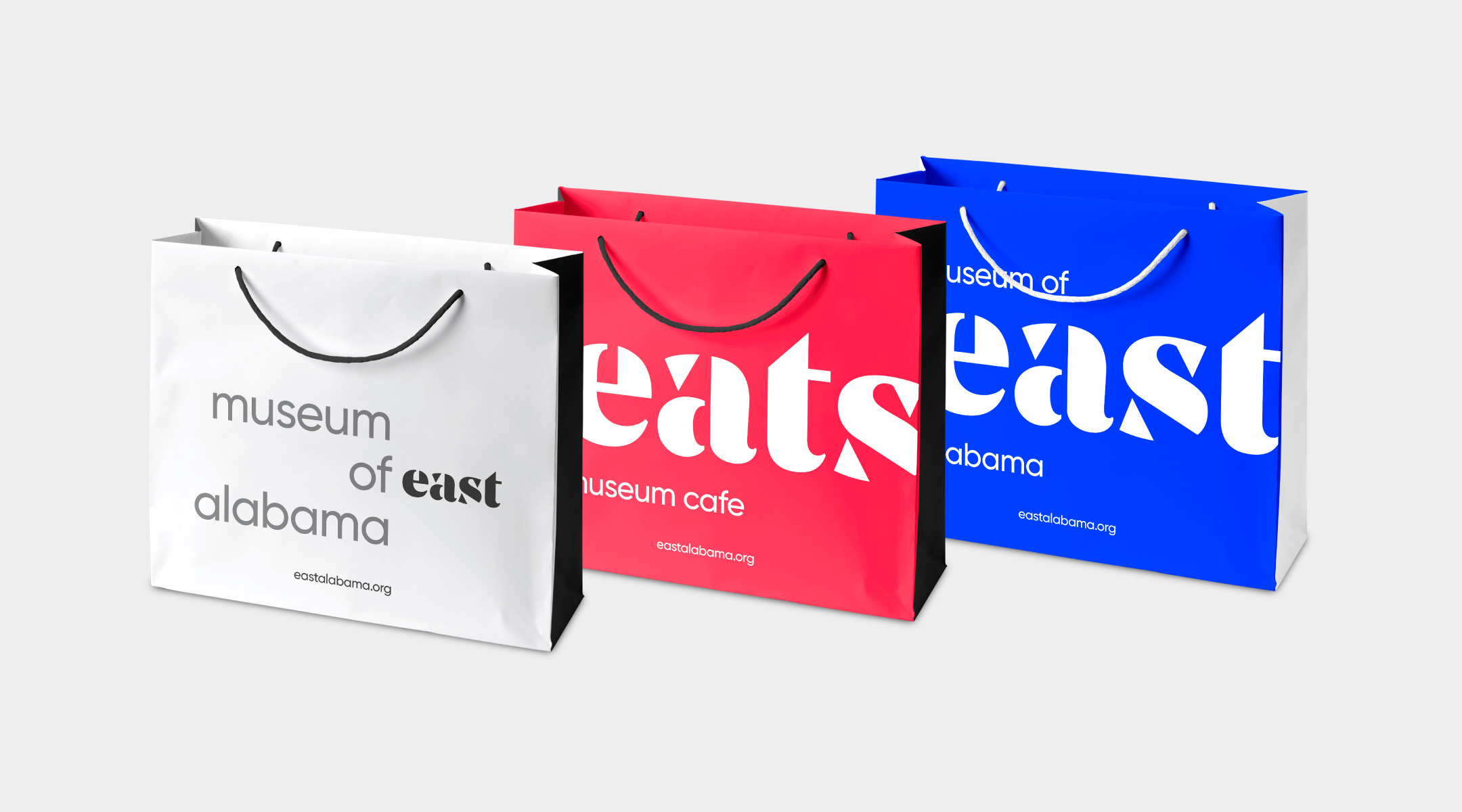 Then and Now
A lot changes in ten years! I've included the original solutions I designed in college for the Museum of East Alabama rebrand class assignment below.

I don't remember which logo from 2009 was "final," although I am fairly confident that one of my marks was chosen to represent the entire class's museum redesign efforts. My 2009 logos were based on the following concepts: an abstracted rendering of the front of the building, a very simplified view of the plains of Alabama, and a geometric rendering of the state, highlighting the eastern edge where the museum's attentions are focused.

Obviously there was still much I had to learn. I look forward to looking back in another ten years and seeing how I've continued to improve my skill sets.

Interestingly, in both this redo and when I completed the original project ten years ago, I used an exhibit based around letters written by President Lincoln to showcase the brand identity. I didn't consciously remember when I began building out the identity pieces that I had used a similar example the last time. Brains are funny. 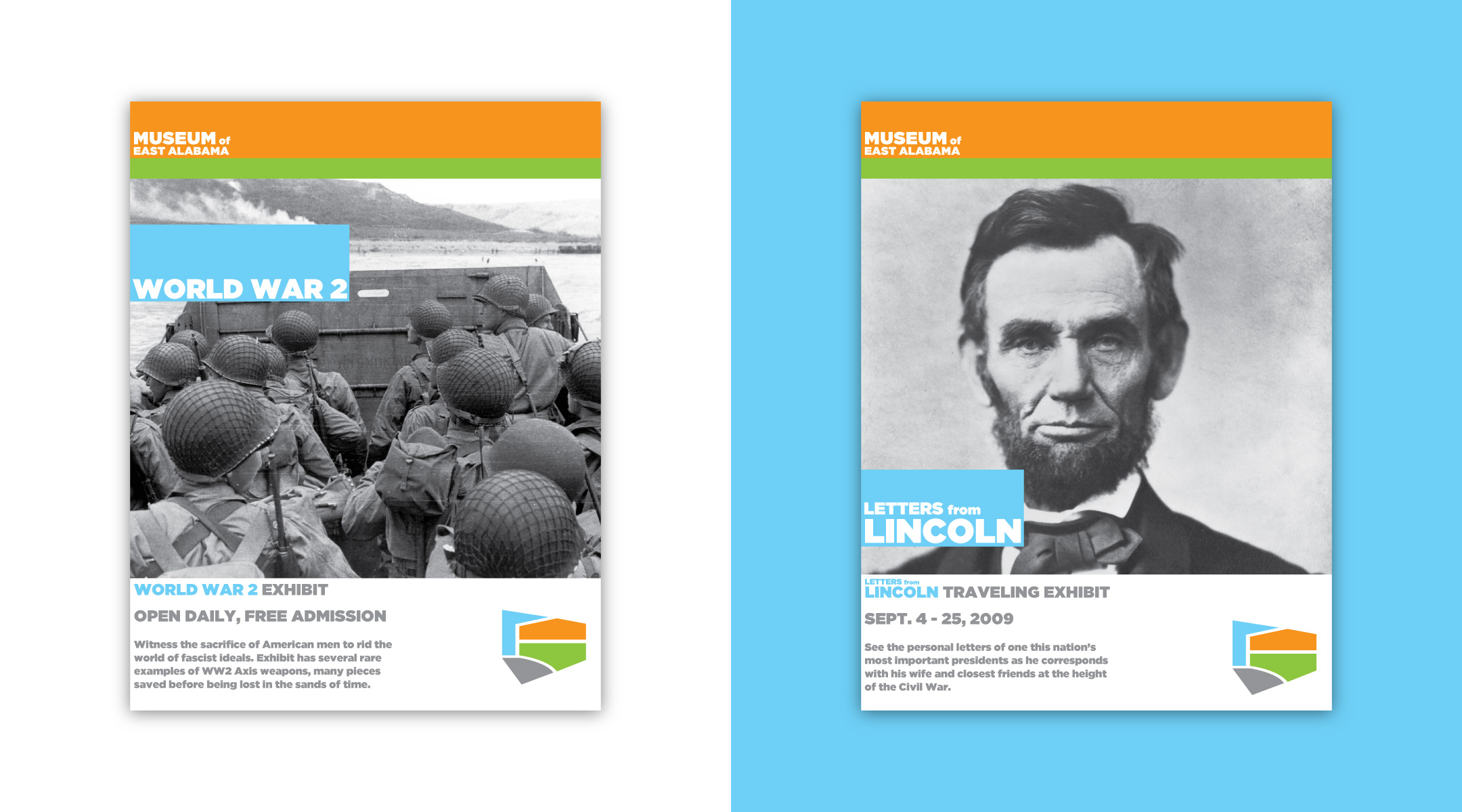 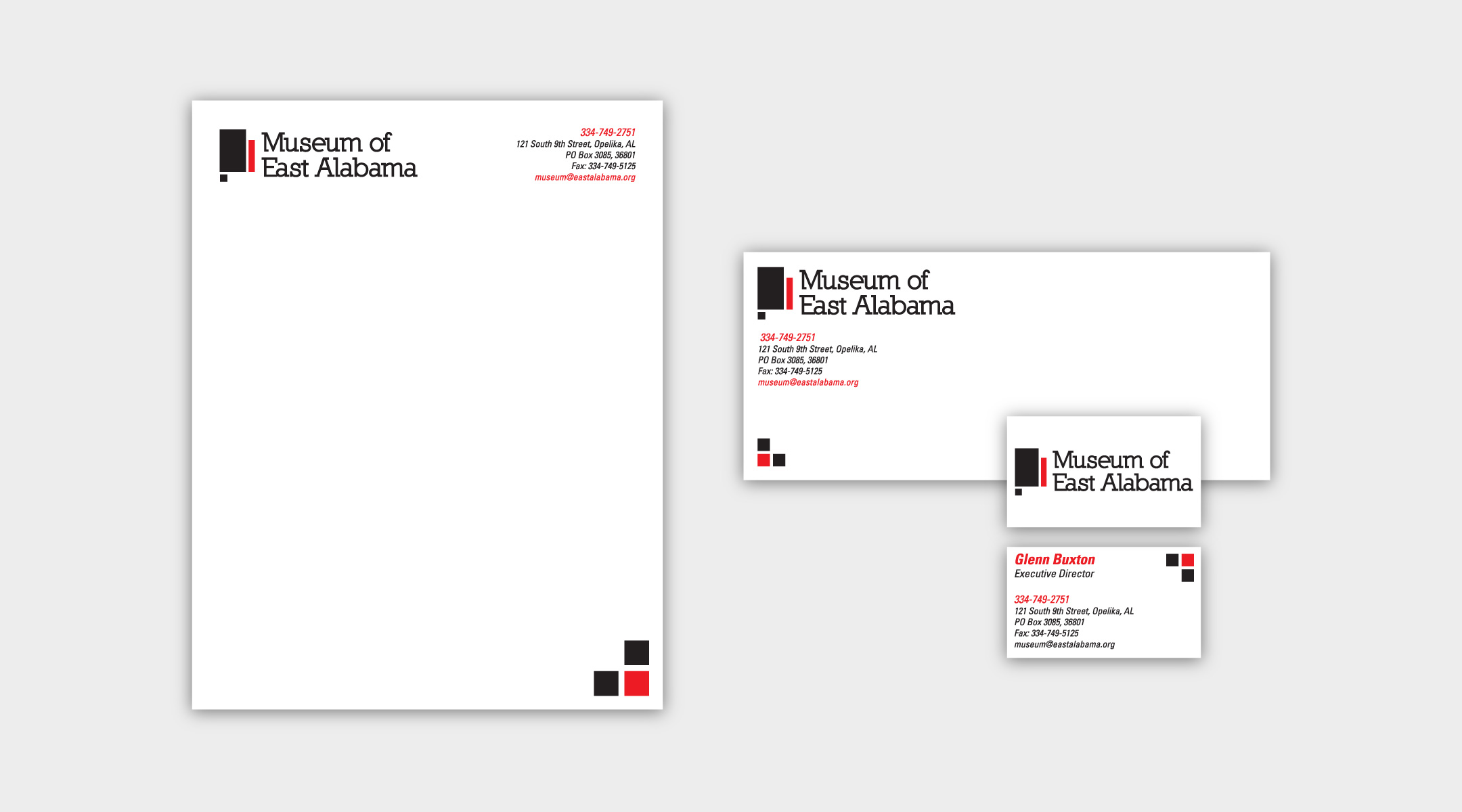